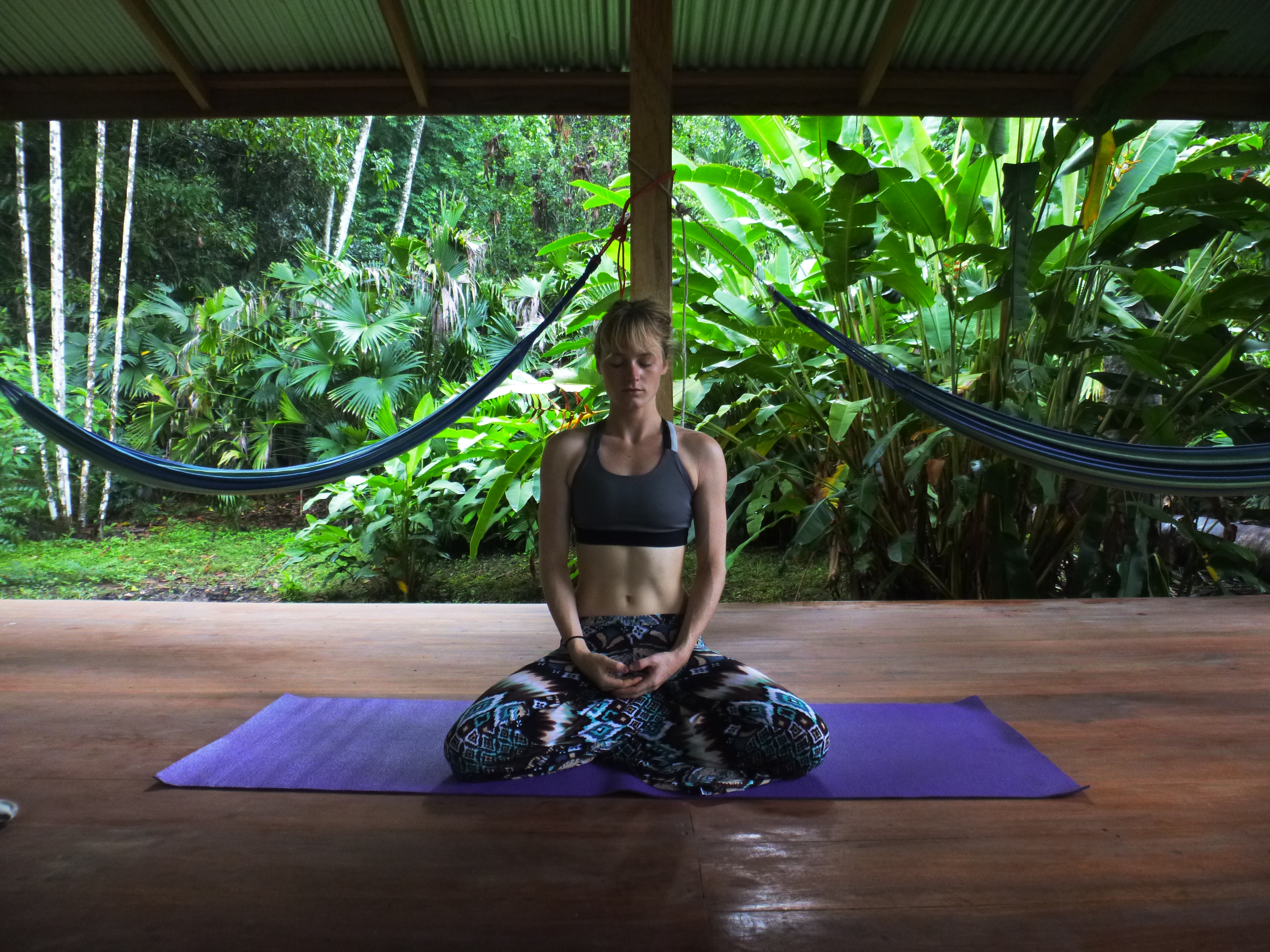 From Here To There: A Willingness To Transform

My life in Costa Rica is magical and unique and one that even I could never could have imagined I’d be living. I receive a lot of questions about how I ended up where I am… How a life evolves isn’t always apparent; how do we go from point A to B? The truth is that transformation is within the grasp of most but we have to be willing to seize it, which actually often takes the form of letting something go.

I was living just outside of Grand Rapids, Michigan where I had finally gotten a decent job out of college. I wasn’t earning a lot of money but I also was no longer stuck in a call-center with a crazy boss breathing down my neck and timing my “allotted bathroom breaks”. (Yea, no thanks… Life is more than that!)

In my small town, Lowell, I had just finished up my teacher-training program with Prairie Yoga at Cascade Yoga Studio. I had a couple of yoga teaching jobs that I did some odd evenings, but for the most part I would come home from my day-job and hang out with my cat and live-in boyfriend. We’d go to breweries, see local shows, and hang out with our close group of friends. 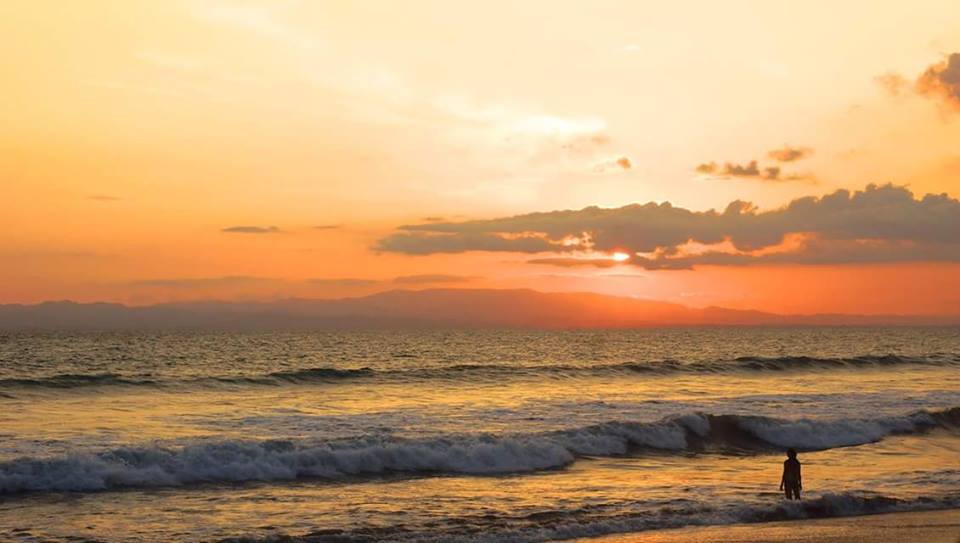 It was pretty much a standard city life, full of work and activity. Yet I wasn’t truly happy. Buzzing around my head was a lifelong dream to travel. I had traveled a lot as a kid, so from an early age I was bitten by the travel bug and never able to shake it.

One day, I was invited by a distant friend of mine to join her in Lake Tahoe for Wanderlust Festival and I simply couldn’t resist the temptation to go. At the festival, I was talking to a fellow yogi and explaining my plight of living a corporate life while dreaming to be out in the world and traveling. I was told about the amazing company Yoga Trade that was just starting and a listing for a job in Costa Rica that they thought I would be perfect for. I had never met this person prior to this conversation, nor have I spoken to them since. I have no idea where they came from or how we even started talking, but they planted a seed that grew an opportunity for transformation.

I took a look at the website, found the link to apply for the job and jumped at the opportunity. In my mind, I was competing for a job with other yoga teachers who had way more experience than I, as well as more traveling experience, other yoga-related skills, and so on. I truly didn’t believe that I even had a chance. 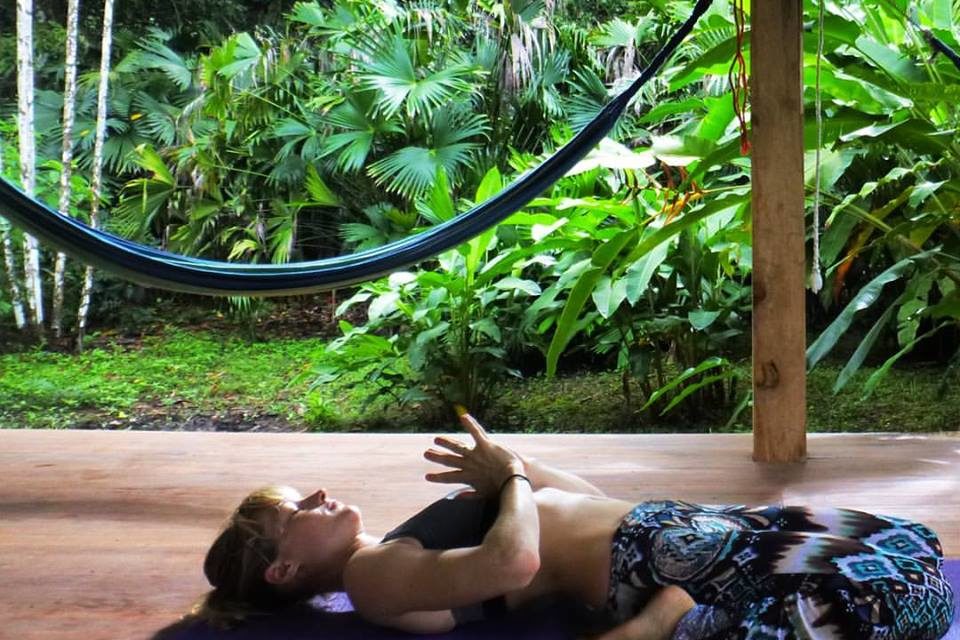 I went back to my regular job, sun-kissed from Cali and loving life. I actually forgot about the application until about a month later when I received an email back saying that they wanted to have a Skype meeting with me as soon as I was available. You can probably imagine the look on my face when I read this… I was shocked, excited and scared all at once. I hadn’t told anybody about having applied, especially my boyfriend.

Naturally, I accepted their invitation for the Skpye meeting with excitement. The call lasted an hour, talking about the position, who I am, and who they were. It went well yet I still didn’t think I would actually be asked to come to Costa Rica to teach yoga. Yet three weeks later, I got a reply asking to have another Skpye meeting, this time with the owner of the lodge.

After another successful interview, the prospect of actually leaving began to consume me. I wanted so badly to leave and travel. I wanted to see things other than my computer screen and the latest thing on Reddit; I was ready to do anything else with my life. At the same time I was reticent, unwilling to get my hopes up. I still considered this a dream for the distant future, not one that loomed on the horizon.

I received a kind email from my first interviewer, gently telling me that I didn’t get the position. It had come down to me and one other candidate; while they opted for the former, they emphasized how much they had liked me. They invited me to come down to Costa Rica to stay there for a week for free and to discuss future opportunities to work with their lodge.

I was not shocked or let down; I was actually, surprisingly, relieved. I had somehow managed to get a free week-long vacation at an eco-lodge in Costa Rica and didn’t have to make any crazy decisions to leave my whole life behind.

I was smiling and happy with the outcome, satisfied with myself for taking a chance and accepting any outcome. I sent a “thank you” email to my interviewer and, just as I was shutting my laptop, a new message suddenly popped-up. Curiously, I opened it to find out that she actually did want to offer me the job. The first candidate had suddenly been unable to commit to the full-length of the placement — knowing that I was ready to give up everything — she offered it to me instead!

I was thrilled, terrified, and so completely excited that I couldn’t express my gratitude enough. Somehow the cosmos had shifted, revealing that I was meant to leave for a metamorphic journey, not later, but now. Just how life-changing it would prove to be I could never have fathomed. I only knew that I was ready and willing to leave my old life behind.

A few short weeks later, I was giving notice to my job, buying airplane tickets, changing in bonds to pay off my credit card debt. Beyond professional and financial matters, I had to inform my friends, family, and boyfriend about the journey I was about to embark on. I was saying goodbye and leaving the solid life I had built in exchange for one full of new adventure. 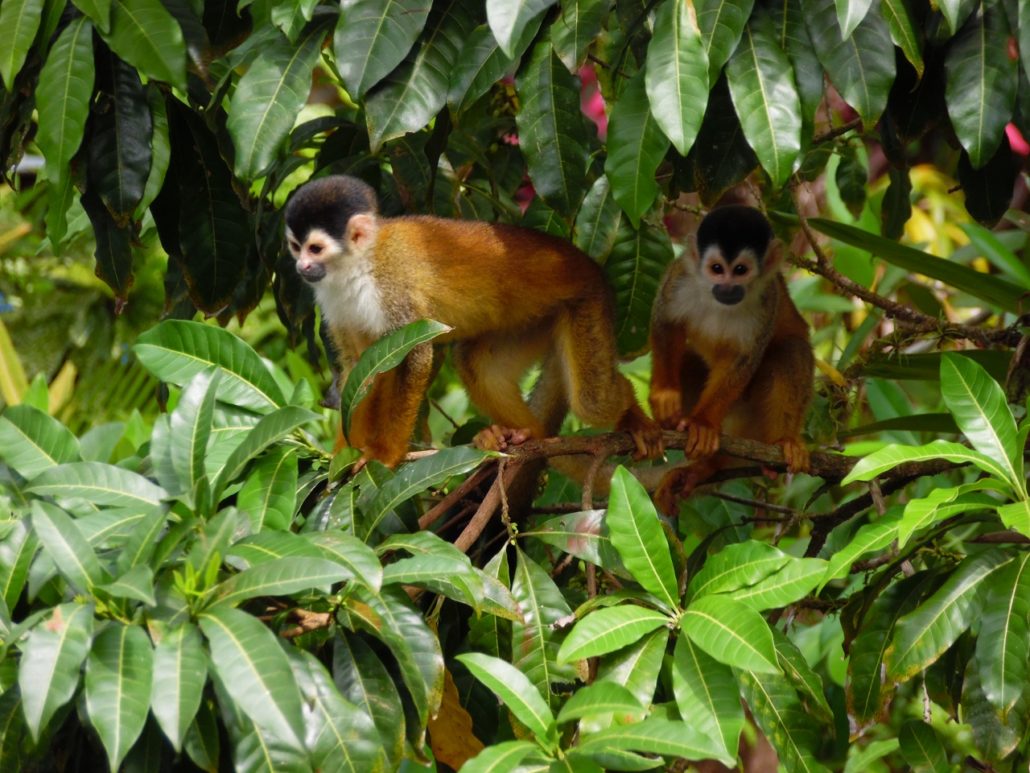 My friends were happy for me and celebrated my departure as opportunity. My family was excited, albeit a bit nervous, and happy to act as cat-sitters. And my boyfriend, well, he was anything but onboard with my decision.

Unwilling to travel with me, my boyfriend was afraid to break out of the mold, too fixated on the path of a 9-5 job, a mortgage and kids. My placement in Costa Rica was only six months but he was unwilling to do long-distance, saying, “You can’t really expect me to not have sex for half-a-year.” And with that I found myself finally able to let go of the last thing holding me back. I exhaled fully, cut our lease short, gave him the furniture and helped him move it into an apartment in the city. I took the cat, my yoga mat, and my smile, bid him farewell, never looked back again.

To choose my journey over my relationship was the sacrifice that I needed to make in order to allow myself to be truly happy. Perhaps not surprisingly, it also allowed me the space to meet the amazing and truly good-hearted man who has helped me stay in Costa Rica permanently. We now own an amazing ocean-front lodge, Casa Marea Alta, where I’m able to earn my living doing something I truly love. Even though it has been difficult, alien, tiring, and frustrating at times, it also has made me happier and helped me transform into a better person. I would gladly make the decision twice; it provided me a new purpose, a love, and a home. 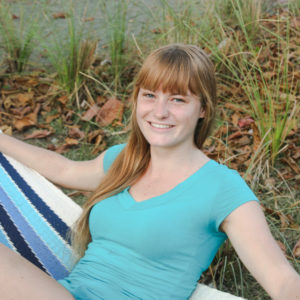 Elizabeth Arnold is a 200 RYT, Tai Bodyworker, and Reiki Practitioner. She is currently the resident yoga teacher at Casa Marea Alta in Costa Rica. You can find out more about her and life in Costa Rica by visiting her website www.BethAnneYoga.com.