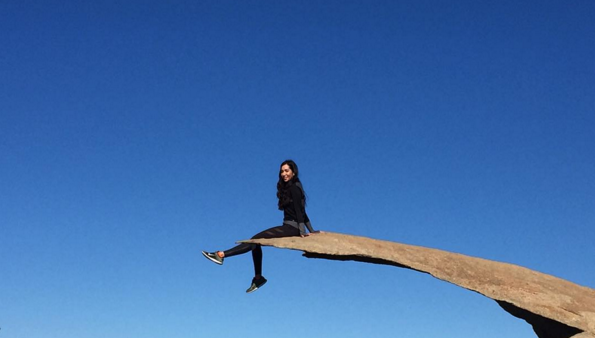 Twenty something quits stressful job after years of striving to be the successful, career woman, finds happiness and la la la – you know the cliché. Yes, that’s currently me, however I am struggling with the “la la la”….

From a young age I knew I was going to work hard and make my way towards a generous salary, seniority and to allow my job to define who I was for a sense of entitlement; and that’s what I did. I worked up to seven days a week, sometimes 17-hour days, always checking emails, no matter the day, time, vacation or occasion. My most recent position came with all of the above and every, complacent female in her 20s living in Manhattan’s fantasy – a relocation package to the West Coast. 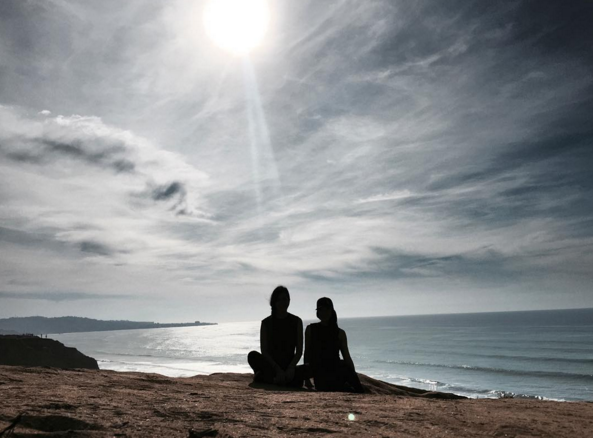 As a native New Yorker, I had been relishing in the idea of escaping the concrete jungle for some California sunshine. I was offered what would be perceived by most as a dream job and I of course said yes without hesitation. However, it never felt like the right choice. I knew – being who I am – that either way I would have to go and have this experience because I never wanted to wonder “what if?” but it truly never felt right. The company made it very attractive for me to make the move and it was a no brainer, so off I went.

I wore black, Every. Single. Day. And I did not smile in that office, once in the eight months I spent out West. It’s kind of hilarious when I look back and realize how dramatic I was being but, the story I told myself was that I was in the ultimate mourning. I was flying back to New York every other weekend and became an expert at being miserable. The amount of negative energy that permeated out of my skin infected anyone that was near me. A colleague and now dear friend nicknamed me “The Moody Yogi” (pretty fitting) I was forgetting that this was a situation I had put myself in. I made these conscious decisions on my own, no one – not anyone, forced me or insisted that I go. I felt stuck and I felt trapped until the misery was too much to bear and I decided I was going to quit. I didn’t have much of a back up plan other than the fact that I love yoga and I always wanted to complete a teacher training.

Most of my adult life I have struggled with being fully present in the now. I have always been fixated on past events or planning the future. Previously, when I decided I was going to try out therapy, my therapist told me in my very first session that everyone has a book. In this book are the pages that are already written: this represents your past; then you have today, that is half written and a bunch of empty pages following which represent your future. She told me I was petrified of the unknown and she was absolutely right. 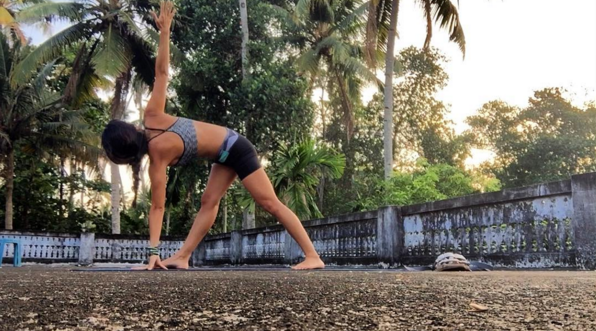 So, after I went into my boss’s office and broke the news; I drove back 2,600 miles east and I was off to Nicaragua for a month long, intensive, ashtanga yoga teacher training.

Nicaragua was tough, it was like nothing I have ever experienced before. I’ve traveled a ton and I’ve certainly “roughed it” but this was on a different level. Anyone who has gone through any type of yoga training can vouch for me and agree that it is draining. Not only physically because you’re practicing up to six hours each day and learning so much about the practice and yourself, but mentally because you’re being tested and challenged in so many unfamiliar ways. Mix this with PMS, a lot of different personalities and living in a remote little town in the middle of nowhere with four foreign roommates and every, creepy, crawler that exists in Nicaragua’s climate is nesting in bed with you. I had a mosquito net and one night I thought I was being pretty inventive. I sprayed the net and my bed with the Hercules of insect repellant that one of the girls had concocted. When I awoke, there was a graveyard of species on my bed and on my net. The concoction had worked so well that the critters were dying as soon as they touched the surface. Turns out dead bugs are just as creepy as live bugs. And scorpions. Scorpions in your room are a whole different story but we worked out a removal strategy that I can discuss another time.

“Happiness is within you and it doesn’t matter where you live or what you do for a living because wherever you go, there you are.”

So here I was in Nicaragua, sleeping naked every night for the sheer fact that it was so unbearably hot, eating a restricted diet that included no sugar (take sugar completely out of your diet and see how irritable you can become) taking a shower and brushing my teeth with salt water. Had I not bought such cute colorful yoga clothes prior to my training, I would have been in black, mourning, again. But what the hell, right? I chose to go to this training. I selectively picked the dates and country and signed myself up. I paid for the trip and booked my flight and purchased the necessary study materials. I cannot tell you how many times I’ve been in a situation where I’ve repeatedly said “how did this happen?” over and over and over, only to remind myself that I put myself in that very situation. The first two weeks of the training were brutal. I was keeping a journal and every day I wrote “today will be the day I break through” and each night I went to bed crossing the days off the calendar, counting down to go home. Again, never living in the present. Always fixated on what comes next. My time in Nicaragua taught me gratitude. For the first time in my 29 years of existence I felt true gratitude and was truly so grateful for all of my blessings and the life I have been given. Additionally, it made me want to be a better human. If I had only walked away with those two things, it was already more than worth it but I had walked away with new friends, a new practice and an experience of a lifetime that in many ways changed who I was as a person. 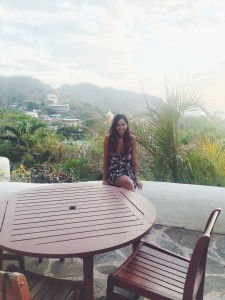 I’ve come full circle and I have learned that there is so much more to life than work. It’s one thing to be truly passionate for the work that you do and I honestly admire that in many of my peers but I know now, while looking back on all of the years I spent building someone else’s empire, no matter what the paycheck was, never truly made me feel of service. That’s the funny thing, when you begin the journey to self-discovery, self-love and an overall deeper meaning of self; you just want to be a decent human being. That becomes the bigger picture and the ultimate goal.

I still feel incomplete. I feel discontent but I think this is who I am as a person. I am never satisfied and I am always craving something bigger and better for myself. It’s a gift and a curse. But in the same notion, I am the happiest, most fulfilled and most free I have ever been.

Happiness is within you and it doesn’t matter where you live or what you do for a living because wherever you go, there you are. All of you. It’s something I have heard and have been told for years; but now, I truly understand. I take each day as it comes and I’m a little less fearful of the future nowadays. 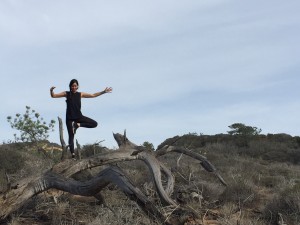 Melissa is a registered yoga teacher as well as a Reiki practitioner. She is currently wandering the globe and enjoying life for all of its offers. Connect on Instagram at Melissa_Gee or email at MGee228@gmail.com