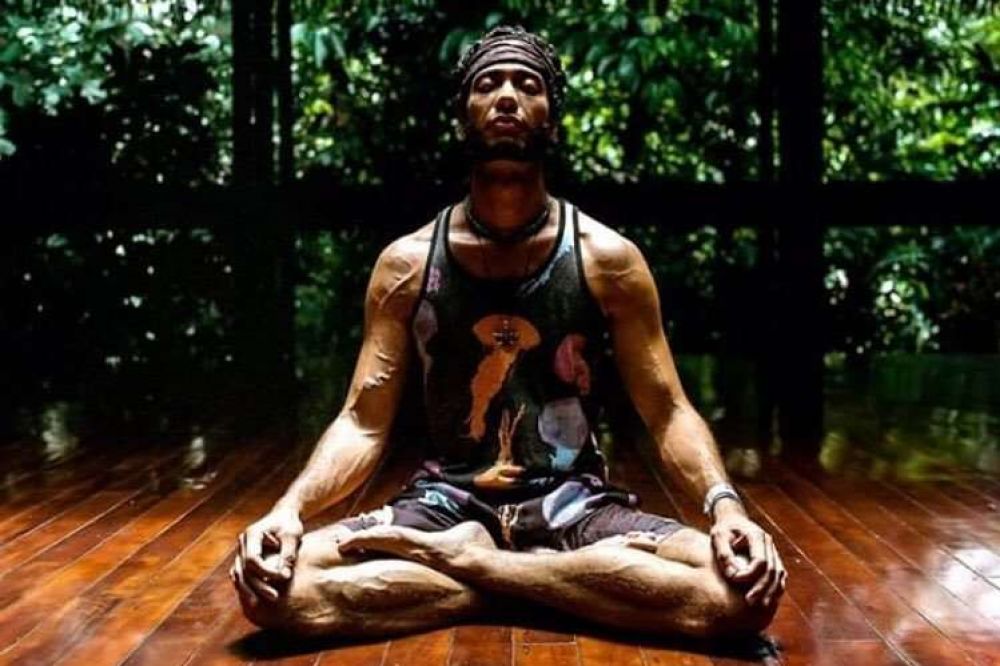 Meditation As A Lifesaver

It was the day before my birthday (May 21st, 2019) and I decided to celebrate at Shipwreck Beach on Kaua’i. I didn’t expect to go cliff diving that day, but it ended up happening and meditation practices saved me. I remember looking at the cliff and saying to myself, “That shit is way too high, I’m not jumping off of that.” About five seconds after my thought, two guys walked by and were talking about jumping. So I went ahead and followed them. Before I got to the cliff, I read a warning sign:  Diving or Jumping May Lead to Serious Injury or Death. The first guy jumped and his friend looked at me and nervously chuckled as he said, “Well, I had to make sure he made it before I jump.”  He then jumped in, then I followed landing perfectly in the sea.

All was well, until I swam back to the surface and realized that both my contacts flew out of my eyes due to the impact. At that point I was blind. I could, however, make out a slight blur of the two guys swimming like torpedo dolphins for a split second before they were out of my sight. I began to swim back to what I believed was the shore. I swam like a turtle, because that’s how I swim. I began to notice that the strong waves and current were pulling me toward the cliff’s gigantic rocks. I wasn’t making any distance from the cliff. I then realized I was going into a panic. I was over exhausting my mind with fear. This was causing me to use an excessive amount of energy.

I knew I had to find a way back to a calmer state of mind, so I started focusing on my breath. I began to find myself in a meditative state of being fully present. I couldn’t see the beach, but I could feel the current of the waves pushing me toward the shore. I knew the currents were too strong to fight head-on. So, instead I swam sideways, parallel to the current. I thought to myself, “This is how people die and, if I’m going to die. I’m going to die in gratitude enjoying every moment I have left.” This time I swam like a dignified turtle. With every stroke, I started to use a simple breathing mantra I do when meditating – “Inhale Thank, Exhale You.” I began observing my thoughts changing. I would not allow myself to die here! I thought to myself, “I won’t die here! I will live to heal others.” My strokes became graceful and strong. I then began to see the beach. I made it back to land and felt a deep gratitude for being alive! 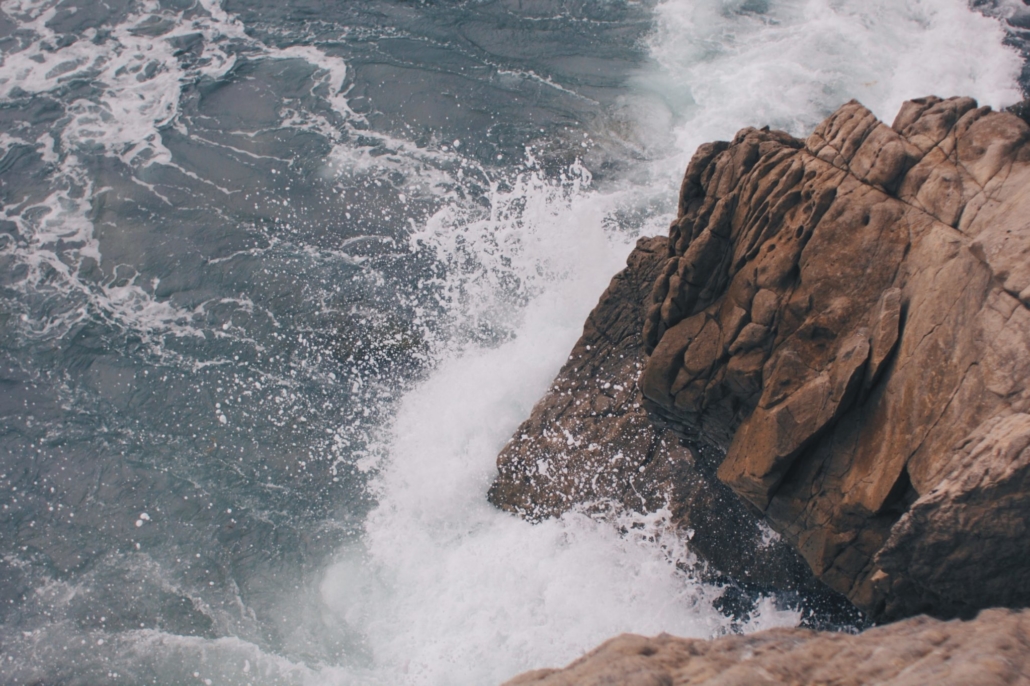 Shortly after the experience, I came up with the vision of guiding a 200hr Meditation & Yoga Teacher Training + Peruvian Shamanic Ceremony in Peru, January 4th-24th, 2020. I am inviting anyone who wants to take yoga beyond the mat and into the sea of life to come. The way I teach my students is based on the core philosophy of yoga, bringing the practice back to its roots. Yoga for me is not solely about the asanas, but the remaining seven limbs of the practice as well. The eight limbs of yoga will be discussed and practiced during this teacher training.

The first limb of yoga is Yama, which signifies the Golden Rule – “Do unto others as you would have them do unto you.” The five yamas are Ahimsa (non-violence), Satya (truthfulness), Asteya (non stealing), Brahmacharya (continence), and Aparigraha (noncovetousness). The second limb of yoga is Niyama, which emphasizes self- discipline. The five niyamas are Saucha (cleanliness), Santosha (contentment), Tapas
(spiritual austerities), Svadhyaya (study of one’s self), and Ishvara Pranidhana (surrendering to the source of creation).

The third limb of yoga is the most commonly known in Western society, Asana. Asanas are the physical postures of yoga. Yogic philosophy believes that the body is the temple, so taking care of the physical body is essential. Asanas, however, do not only assist with physical well-being, but they assist with developing concentration and discipline which is used in meditation. The fourth limb of yoga is one of my personal favorites, Pranayama. Pranayama is commonly known as “breath work”. These specific breathing techniques enable us to send prana or “life force” throughout the body. I am trained in many different breath work techniques and I enjoy sharing them with others.

The fifth limb is Pratyahara, meaning withdrawal or transcending the senses. Practicing Pratyahara allows us to see life from a larger perspective – to transcend beyond our emotional and mental stimulus. Each limb of yoga prepares us for the latter, therefore the next limb is Dharana. Dharana is the sixth limb of yoga and it means concentration. Pratyahara helps set us up for this deep concentration that Dharana teaches us. Dharana is used when we heal a specific energy center in the body, by giving all of our attention and awareness to it. When we are deeply concentrated on a particular mental object or energy, we can listen to the messages that it is trying to communicate with us. This brings us to our seventh limb of yoga – Dhyana, which is meditation. So, using Dharana, we are able to access Dhyana and a deep state of contemplation. Dhyana is more immersed in the everythingness and nothingness at the same time. It does not take much focus but more immersion and letting go. This is where you can see deeper aspects of the self, and your relationship to all. Last but not least, the eighth limb of yoga is Samadhi, meaning ecstasy or some people call it “nirvana”. The purpose of all of these practices encompassed as an ultimate state of bliss. The overall journey of yoga is to reach a state of divine peace. 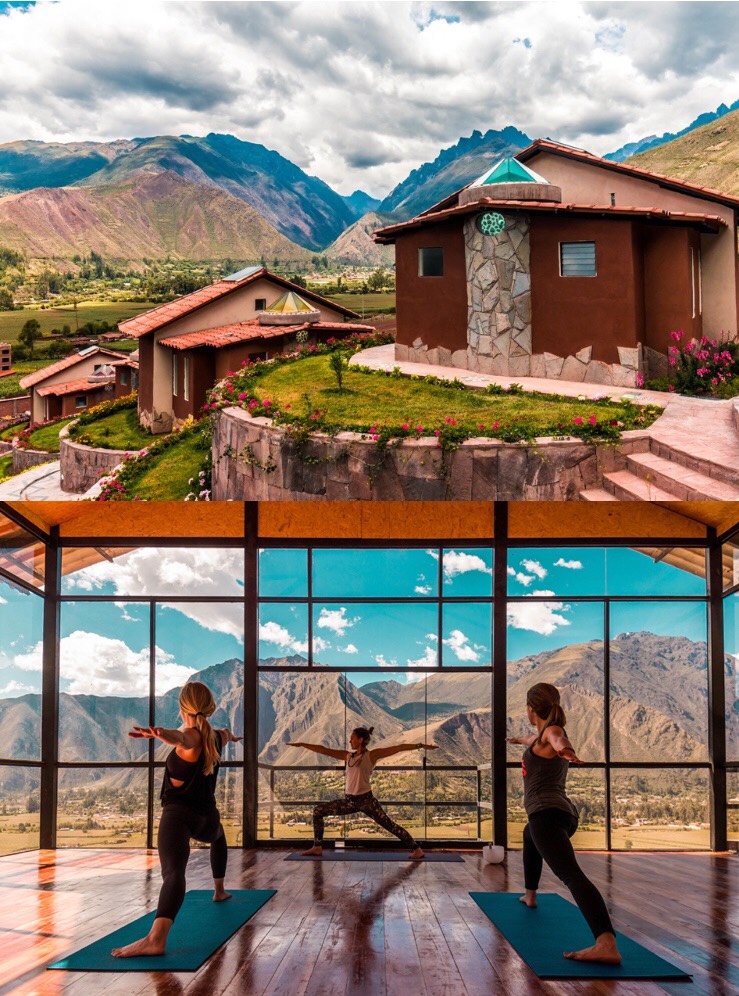 After practicing yoga for over a decade, I have fallen in love with sharing this unique practice with the world. The reservoir of unlimited peace is within all of us, and it would be an honor to guide you into finding this peace within yourself. Yoga teacher trainings are great for anyone, regardless if you plan to teach yoga in the future or not. They help develop a consistent practice of yoga in all aspects of life, beyond the mat. I am looking forward to this teacher training in the Sacred Valley of Peru. 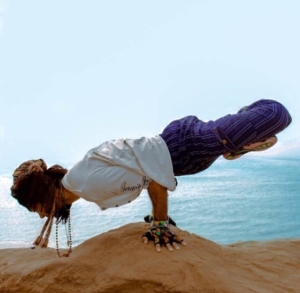 Wolf Kinsmen, the founder of HĀ Yoga, has over a decade of experience in yoga & meditation. He has taught and trained all over the world. In addition to his yoga training, he has studied Shamanic practices while in the Amazon of Peru and received the name ‘Smiling Wolf’ from Don Howard. He completed the Wim Hof Method Advanced Instructor Training and was told by Wim Hof that he is a ‘healer’. He considers himself a lifelong student of nature! He learns from teaching others. He does this through being himself and giving a genuine experience wherever he happens to be. 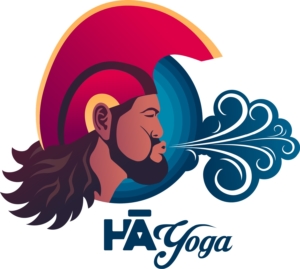