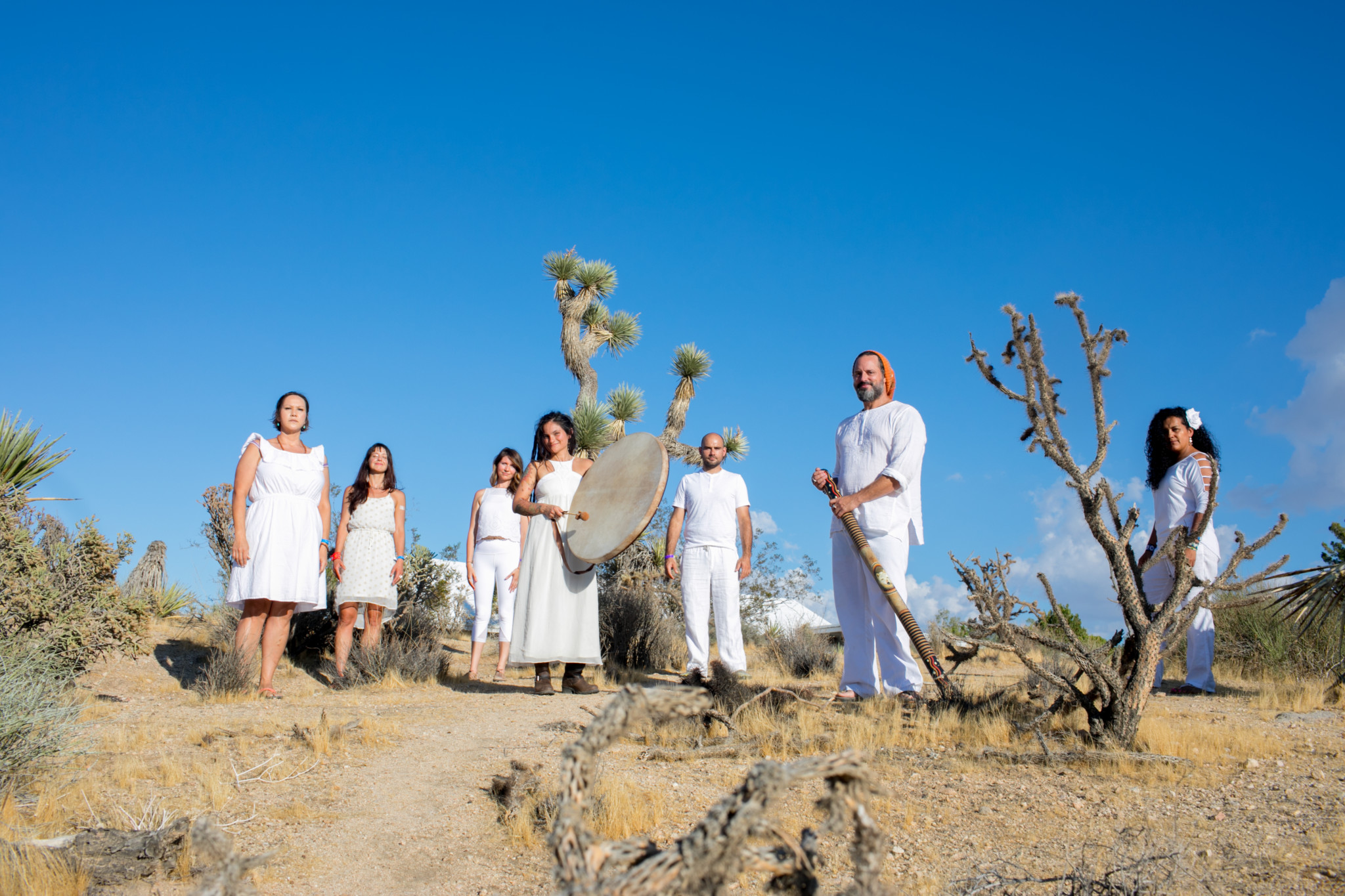 Off the Mat – Activated after Bhakti Fest

It was one of my very first yoga classes that my teacher spoke about practicing yoga “off the mat.” I initially came to yoga to get in shape, lose some weight, and start a new exercise routine, with no intentions to get in touch with myself or find any sort of spirituality in the process. I remember thinking to myself, “ of course you can practice yoga off the mat, you just do the poses on the ground anywhere else!” Easy peasy.

It wasn’t until that moment in savasana that my mind got quiet, I felt my body, and my breath became my own sacred white noise, that I realized that yoga is far more than a twisted posture in a peaceful room. Class after class I would reach that feeling I couldn’t describe and still barely can, that feeling of connection to myself and everything else around me. It started to come to me in different postures, and then in meditation, and then I started to feel it after class, when I’d stumble onto the bustling streets of NYC and still feel that sensation of deeper connection. The people or situations that once agitated me no longer carried so much weight. And there it was: I was practicing yoga off the mat. 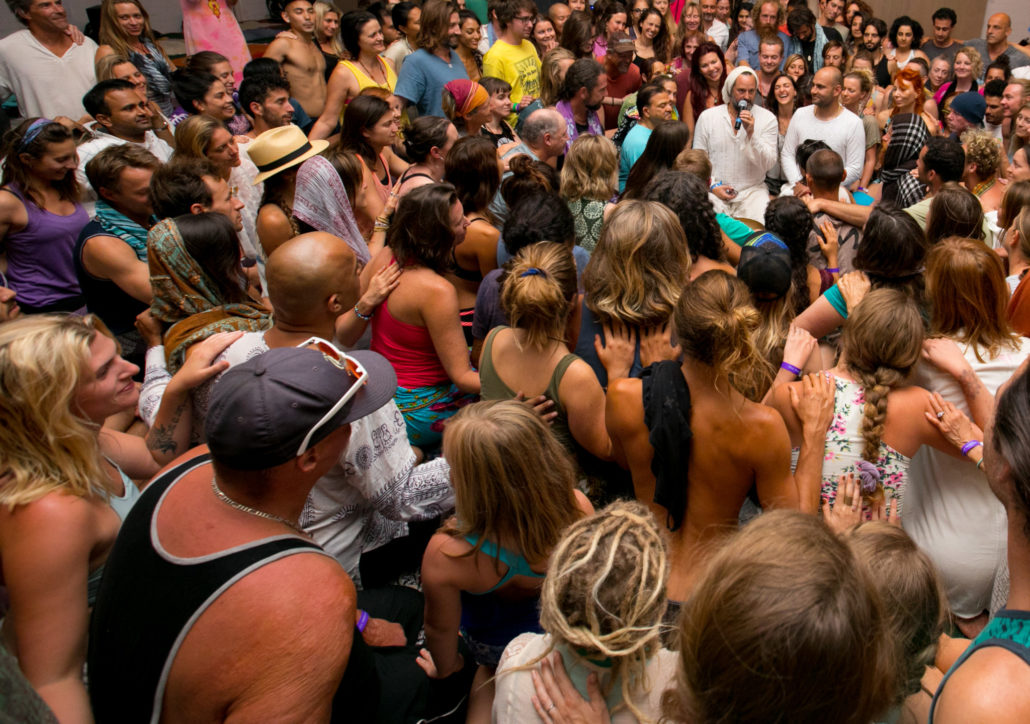 This photo and cover photo by: Monique Feil

Thousands of downward dogs later and now I understand why practicing yoga off the mat is not only important, but necessary. My understanding for what yoga actually is has been completely transformed— I now know that yoga is a way of a life, a way of a service, and truly a way of activating our own lives to reach outside of ourselves and into the world. After attending Bhakti Fest in September, my beliefs were absolutely validated and certainly expanded, as this festival lives and breathes yoga off the mat.

As the mantras were being chanted and the mala-wearing yogis were saluting the sun as it spread its rays through the Joshua Trees, there was devastation happening around the world. Hurricanes destroyed the eastern side of our beautiful country and wildfires scorched the old growth forests of the West, while ice caps were simultaneously melting at rapid speed in the arctic. This, amongst the heavy political strife in ours and so many other countries around the world, pushed me to wonder how chanting and deep breathing in a Southern California desert could possibly contribute to this polarized world we are living in in a positive way. While I felt a shift inside myself, how could that reach outside of myself? 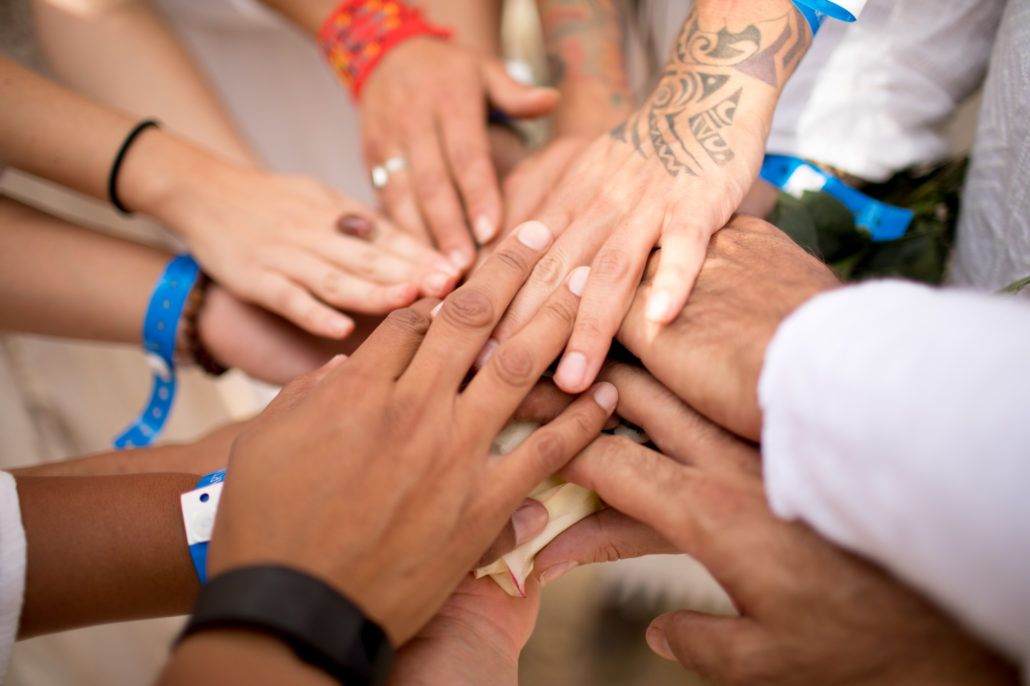 So many teachers, musicians and artists at Bhakti Fest were tuned into this same question, and addressed it quite directly. From MC Yogi’s lyrical genius, singing “love is righteous, and it might just save the whole world from this global crisis,” to Michael Brian Baker’s plea to protect our planet and its people by supporting Chase Iron Eyes to shut down the Dakota Access pipeline and drop all charges against water protectors. This festival is not just about feeling good, but also about being real with our own innate power and using it for good.

After taking a class with Sianna Sherman, focused on creating change off the mat and in the world, we spoke more in depth about how yoga can inspire compassionate activism. Sianna teaches Rasa Yoga, “an alchemical fusion of mantra, mudra, asana, Bhakti, tantra, soul alchemy and earth ceremony.” One of its goals she said is “to remember that we are a collective tribe and also earth guardians, and we are here to protect and serve the earth and each other.” She spoke about using yoga as a pathway to better understand our own shadows and the power of turning towards, rather than away, from our own pain and anger. These practices teach us how to work with our own emotions and stay centered so that when it’s time to be a voice of change and to be of true service to the world, we are not pulled out of ourselves, but rather grounded and activated from within. “If we use our power and really consciously work with our own emotional fluency and literacy, and emotional intelligence, then we can change all the energy inside, including all the anger and rage—so we can truly create positive change,” said Sherman. What we’ve seen happen far too often is that “rather than using our power consciously, we end up polarizing and dehumanizing the other point of view and righteously standing only in our own narrow perspective” she said.

Sherman’s sweetie and beautiful musician, Masood Ali Khan, also had a strong take on the matter of change-making. He shared about how the sustainability of our world “is coming closer and closer to its death if we don’t make a move. This is a call for us to rise up.” He went on to say that in order to create change we need to move as a family and a community, so we can expand fast. “We need to make changes now, because it’s going to be too late if we wait. And you know the way that the planet is going— a week, two weeks could be too late, who knows what the next storm might bring,” said Khan. 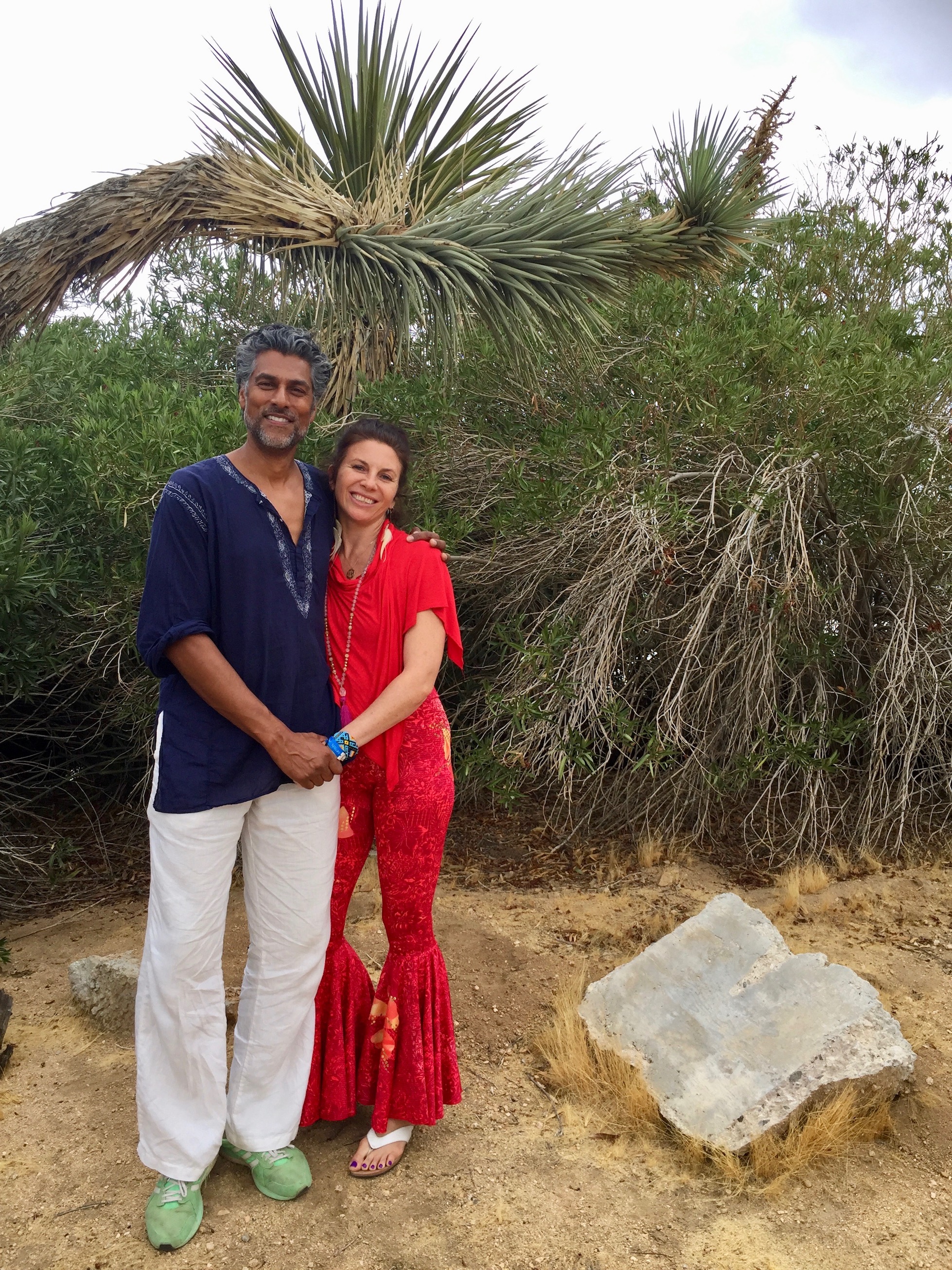 Bhakti Fest was really a place to gather people together to open their hearts and minds in order to activate change off of the mat. And while we came together to chant the mantras and pray, a very important medicine for the self, according to Breathwork facilitator and founder of the The Breath Center, Michael Brian Baker, “it is not enough to actually create change in our world as we need it now.” He went on to say, “we’ve reached this critical mass where things are shaking and going on, and if you look at it from a spiritual standpoint, the right brain would tell you that spirit incarnated into this physical form in order to take action, because spirit without a container can not create change on a material plane.” The call is loud and clear: it’s time to take action now!

As I left Bhakti Fest on a high of feeling the good vibes and inner transformation, I knew there was much more for me to do. I signed some petitions for the Dakota Access Pipeline, and am honing in on what lights me up so I can practice my yoga off the mat from my own center, a center that is truly ignited. 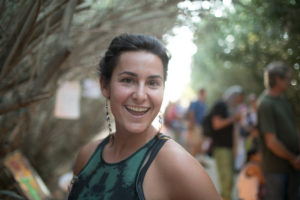 Simone is an experiential educator who’s passion for international travel, growth, and transformation take form through photography, practicing and teaching yoga, and communing with nature.