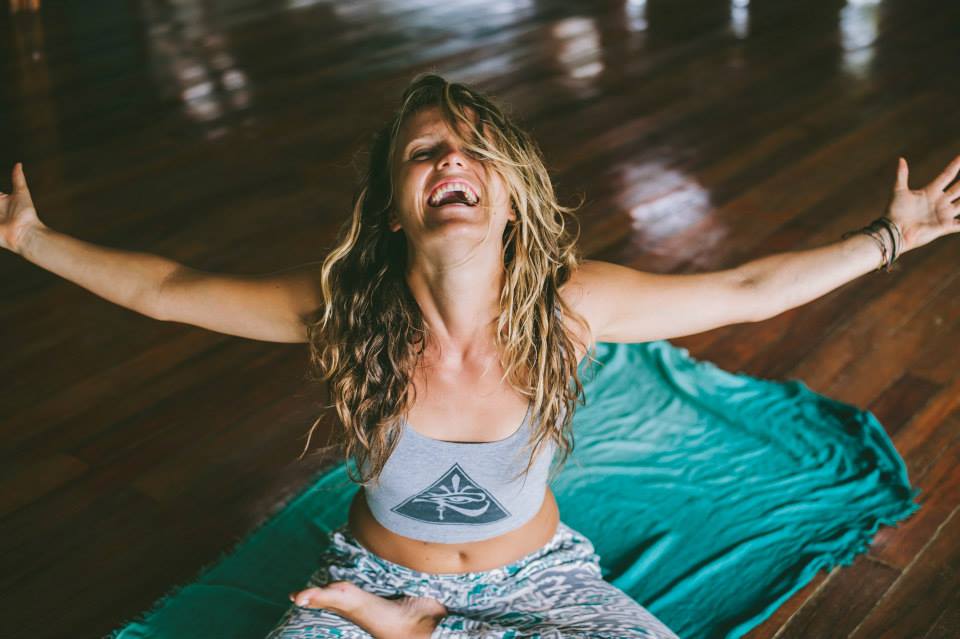 Travel and Connection to the Authentic Self

I started practicing yoga (a well rounded spiritual practice) just over two years ago now. At that same time I bought a guitar and started eagerly seeking something else to quench my thirst for goodness, authentic living, and authentic self.

I had spent a few months not doing much of anything, living in a basement apartment with skylights, shining light on to my face first thing in the morning. Those moments right after sunrise were my favorite, In my half awake state the light would filter through the tress, dance across my eyes and I would slip deeper into dreams about far away places, about love, about what would eventually become my future. I was feeling stagnant and trapped in the cycle. Working to earn money to escape for a few over priced days at some ski resort. Fantasizing about travel and longing for my previous life. I had recently returned from London where I had been living for the past two years, London had robbed me of my heart but talked dirty to me and had soothed my soul in this dangerous sexy way. I missed it but knew it was not the way foreword.

When I started practicing it all began to shift and unravel. I had been prone to bouts of existential crisis, breakdowns, and anxiety attacks my whole life. Yoga confirmed everything I had already thought about the world but the difference was, yoga allowed me to experience it, rather than think about it. Suddenly the concept that I am made up of ancient molecules and atoms just like the dirt under my feet became empowering instead of terrifying . I began to experience this immense presence in my life and the “thoughts” about this vastness and my insignificance became obsolete. I became self aware, unafraid, and empowered. There is something magical about fully embracing yourself as part of the universe instead of a separate entity. I realized that I was the universe experiencing its self, I was the universe, and so was everyone else. That’s where the adventure really started.

A few months later I turned down a fabulous fashion job in NYC and decided to go follow my intuition. It lead me to a few funny places in that first year. My cheap Jasmine guitar and I ventured first to Portugal to reconnect with my family. It was there that I established a personal practice on a sun soaked terrace, I took long walks among the eucalyptus and orange trees and marveled at neon pink sunsets over the ocean. Then to an Ashram in Virginia where I cleaned toilets and meditated and experienced a love for the universe, myself and others I did not know was possible. I spent 2 moths after that retreating back into my old life style as I prepared and saved to take off to Costa Rica. This time it was different though, I entered my witness state and observed everyone and everything around me. I collected inspiration and began to write the songs that now serve as my songwriting home base. I listened to iconic songwriters like Bob Dylan, Joni Mitchell, Indian classical, blues and american folk. I started to nurture my creative energy and slowly but surly began to learn how to play my guitar. At the end of February I ventured down to The Yoga Farm in Punta Banco, Costa Rica.

I was deep in the jungle and the sounds, nature’s music, captivated me. There were clean waves and beautiful, strong, creative people. I fell in love with the jungle and my bare feet. I fell in love with surfing and hammocks and cockroaches. I fell in love with my 6:30 AM yoga practice. I found my drishti in views of the ocean, monkeys, and ancient trees. I began to feel my inner self waking up and coming alive. My body got stronger every day, my hands got more flexible and I began to write songs about the light. I wrote and sang about my heart , my adventures and self discovery. It was then that I discovered a whole genre of progressive music. I found it first in in my own songs and then through friends recommendations. I learned about Nahko and Medicine for the People, Rising Appalachia, Trevor Hall, Dessert Dwellers and others who sang about beauty and our golden age.

Once I returned to New York the music really began to take on a life of its own. I met my musical soulmate Annie Trezza and together we started blazing a trail through the dense forest of New York egos. We sang our hearts out and shared our authentic selfs with everyone we met. At the end of a long summer of working we headed off to Europe in search of inspiration, chocolate croissants and the chance to inspire others. We were doing it, and people started to notice. It wasn’t our style or our Instagram, it was the fact that we were living. We were living within, we were living in the light and were hell bent on spreading and shinning it. Everywhere we went we shared our mission like renegade missionaries of light. We wandered with no plan and were led to incredible places.

It’s funny how as soon as you stop worrying about success it surprises you from behind. Around that time we debuted our First EP, Gypsea Blue, my song “Make it” was featured in a major film, “Ask Me Anything” and we came to the realization that we were being fast tracked to success. We were at the point that if we wanted to we could exclusively live and travel off of our music. It was…is…pretty great.

On January 1st, Annie and I said goodbye to each other. I headed east to Mama India by myself and Annie headed home to frozen New York. In India everything began to shift again. I had ventured to India to deepen my yoga practice, to become more acquainted with my authentic self and to learn from the land of God. I kept thinking life could not possibly get any better and sure enough it would. My consciousness expanded and my soul was blown open. I was raw and vulnerable and so blissfully happy it spilled into everything I did. Most notably it spilled into my music. I was writing everyday, my fingers were getting stronger and I began to play with brilliant musicians from all over the world. It was magnificent. I became a yoga teacher on the beaches of South Goa, saw beautiful Nepal on the back of a motorcycle, taught a yoga workshop to Bollywood actors in Mumbai, was blessed enough to go and teach for a while at Kranti (my YTT school), I even convinced my New York parents to come and practice yoga in Goa with me for 10 days and to my great surprise they did. I had first hand experiences with God in Rishikesh, I basked in the sun and swam with technicolor fish in the Maldives and marveled at the incredible design and shameful use of recourses and people in Dubai. My eyes were opened wider than ever before. In only a few months I had experienced some of the world’s deepest poverty and greatest wealth. Both were as shocking as the other. I returned feeling open, enlightened, and blissfuly aware.

I write to you now from an awesome coffee shop in Charelston, South Carolina. Annie and I reunited when I returned to New York last month. Two weeks later we packed up the car with our surfboards and guitars and headed down south. We are calling this phase of our wild life the “Happiness Tour”. We are continuing to spread the light and are encouraging people to quit their day jobs everywhere. We would love for you to join us.

Go on an Adventure, roll out your mat, pick up your pen, whatever… just know this one thing. The only moment that ever exists is right now, and if you are not totally happy in this moment it’s time to move. The shift happens within but you can facilitate the shift by choosing to do what you love.

You are responsible for your own happiness and the most brilliant thing is that happiness is 100% contagious. Do yourself and everyone around you a favor, follow your dreams, follow your heart. Become an inspiration, people will follow. Be happy, be light, be love. Christiana is a full time traveler, yogi and song writer. She is passionate about fresh food, vibrant cultures, holistic health and manifesting dreams. Connect with her music here: http://gypseablue.bandcamp.com/