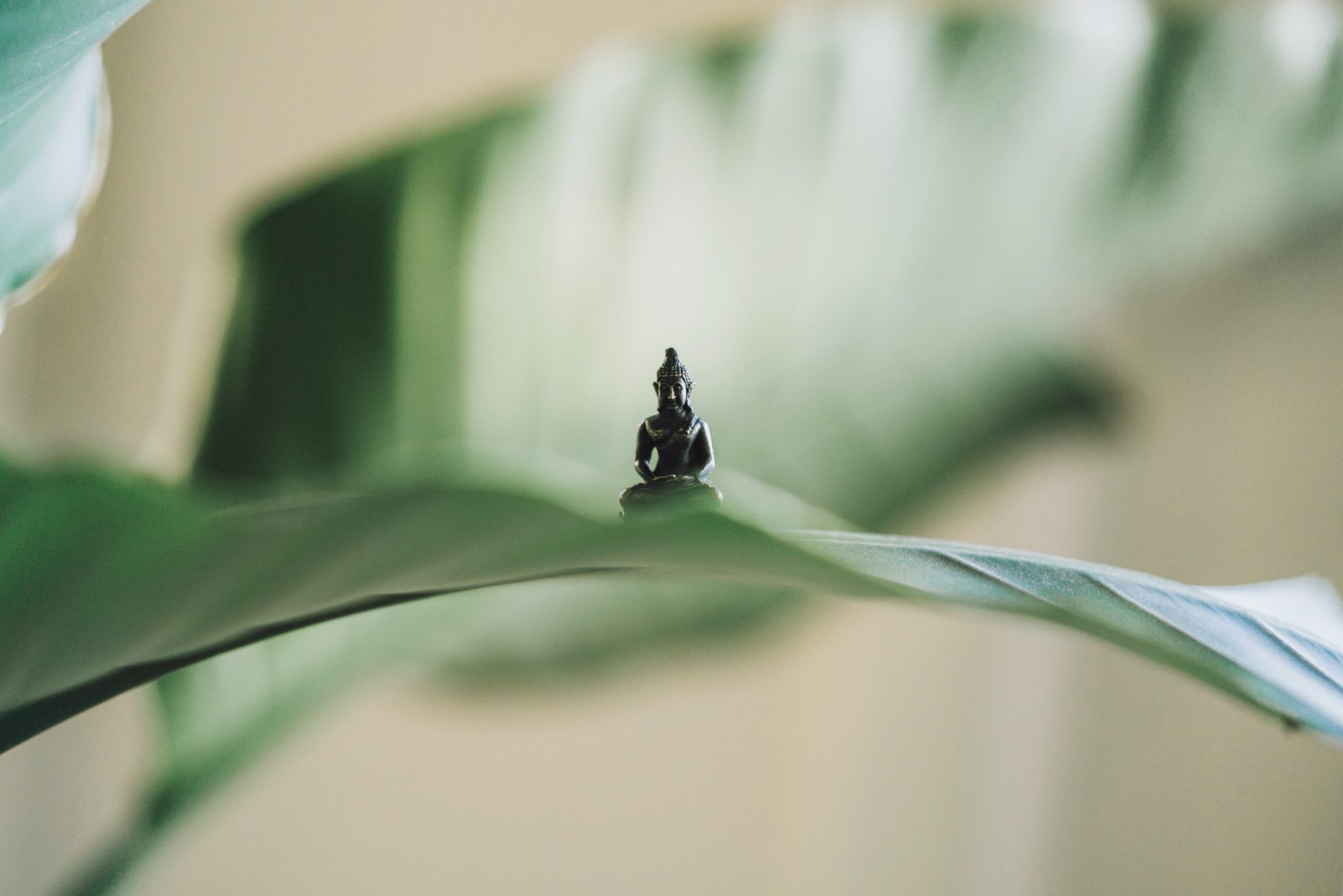 As I walk through the streets of Zurich, Switzerland, on a sunny Saturday in early June – about a month after the Swiss Covid-19 lockdown ended – I overhear two women sitting in a café talking about the summer vacation plans they had to cancel (“Well, I guess we can go to the nearby mountains, could be fun if it’s just for one year!”), and a young couple strolling in front of me, loudly telling each other how they couldn’t wait to get to the beach. Travelling has become an indispensable part of our modern lives, and it is not going away anytime soon; Covid-crisis or not.

Between 1950 and 2018, the number of global international tourist arrivals has increased 56-fold, from 25 million to 1.4 billion. According to a 2018 article published in Nature Climate Change, tourism’s global carbon footprint accounts for 8% of global greenhouse gas emissions, with transport, shopping and food being the main contributors. The United Nations World Travel Organization projects in a recent report that only the transport-related CO2 emissions attributable to tourism will grow 25% by 2030. Against this background, the UNWTO states that it is “committed to accelerate progress towards low carbon tourism development and the contribution of the sector to international climate goals”. How? Well, that is yet to be determined. Awareness and optimization are the path forward, according to the UNWTO; yet, as of now it seems as if we had not even crossed the starting line of such path. In order for global emissions to be brought under control, we are going to rely increasingly on travelers whose world view revolves around sustainability. Maybe the global travel ban that was forced upon all of us by Covid-19 opened an opportunity to reflect about why and how we travel, and to make more mindful decisions about our travel activities. To determine what sustainable and mindful travel could look like, it is worthwhile examining the practices of traveling yogis, a small but growing fraction of global tourists whose lifestyle (including travel) choices have been innately sustainable as part of their belief system for a long time.

In recent years, yoga has become the new trendy fitness hype that claims to not only make you stronger physically, but also healthier mentally and spiritually enlightened. There are so many offerings of yoga classes all over the world (and since Covid-19 even online) that it is possible to quickly throw in a 45-minute power yoga session in between business meetings, that should be a workout substitute, balance out emotions, and calm the mind all at the same time. It is no wonder that in this context, there is less space to learn about the original teachings of yoga.

The Yamas, constituting the first of an eight-fold path to a purposeful and meaningful life, are the moral and ethical guidelines of yoga. They are often translated and interpreted as: (1) non-violence or “do no harm” (also known as ahimsa), (2) truthfulness, (3) non-stealing, (4) self-control or a voluntary restraint of power, and (5) non-possessiveness. In comparison, the most pointed definition of sustainability I have come across is “living in symbiosis with our ecosystems so that we minimize our negative impact, instead building positive relationships that replenish the environments (including social ones) around us.”

Thinking about what it actually means to live by the Yamas, the overlap with sustainable living according to the above definition is remarkable: (1) Sustainable systems seek to minimize negative impacts on others and the environment, and hence minimize harm. (2) Achieving sustainability goals requires understanding how the systems we live in function, interact and depend upon each other, and being truthful about our own contributions to the systems’ functioning or failure. (3) Taking something from the environment requires giving something back; lacking restoration, what we actually do is stealing from the environment and other creatures living in it. (4) Sustainable systems require that we not take more (and exercise the power to take more) than we need, thus practicing self-control. (5) Living sustainably requires re-assessing the way we ascribe meaning to things (possessions) and consume them. (see footnote at bottom) 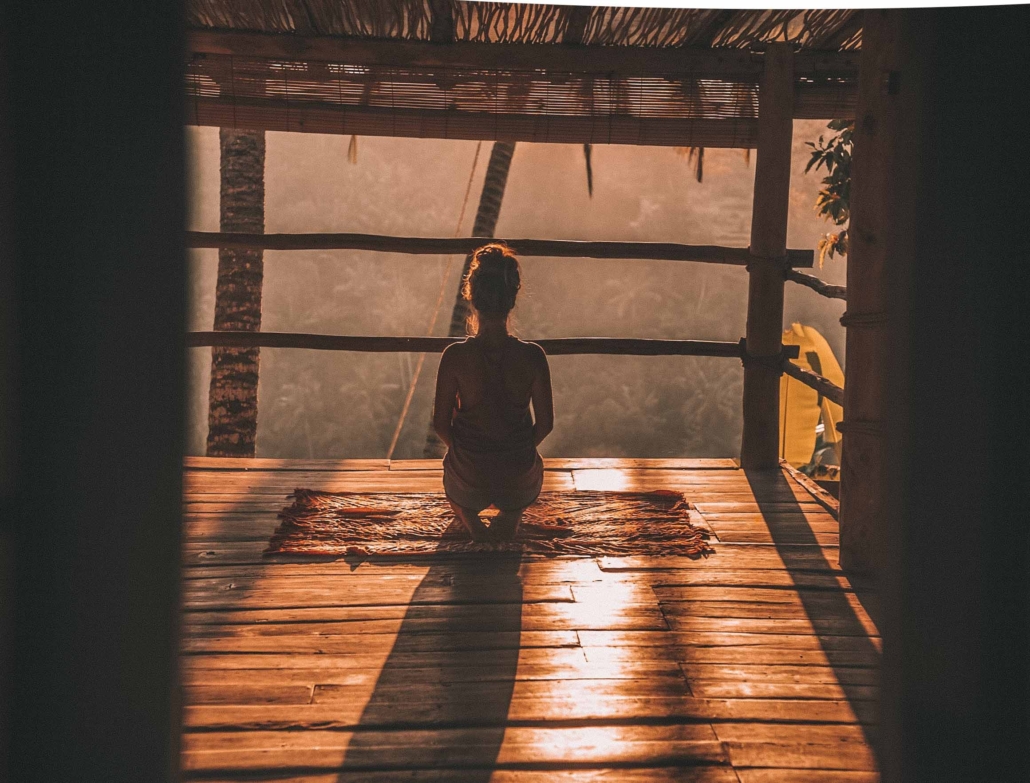 Hence, sustainable living is deeply ingrained in the yoga teachings, and yoga practitioners who take their practice and philosophy seriously will be challenged to think critically about the carbon footprint and other unintended negative consequences of international travel.

I was curious and interviewed over 25 yoga retreat leaders, yoga teacher training leaders, retreat participants, and yoga retreat centers (from the Americas and Europe), asking them how they think about this seeming friction. It turns out that the answer is quite nuanced. The yoga teachers and retreat leaders are in pivotal positions because they are the ones who choose the destinations and places to visit, and they get to shape the type of education that they convey to their participants. Most retreat leaders stated that their students often do not specifically ask for a “sustainable retreat”. They just want to immerse themselves into their yoga practice in an energetically rich location and serene surroundings away from their everyday life. However, over 90% of the yoga retreat leaders interviewed named environmental sustainability as a mandatory criterion when choosing the destinations and retreat centers they visit, and 80% specifically look for centers / hotels that offer organic, vegetarian, local food (which also leads back to environmental sustainability).

Importantly, most retreat leaders explained that while their participants might not go into the retreat with a focus on sustainability, this experience very often initiated a shift in their mindset, and they started changing their life choices and embarking on their own sustainability journey after a retreat. This was attributed partly to the educational piece about social and environmental sustainability that is ingrained in the yoga teachings, but mostly to its combination with the fact that the participants could experience and see first-hand at the retreat center what it means to have implemented sustainable practices, and how they themselves can take action.

Traditionally, most yoga retreats originating from Europe have been oriented towards India, Bali and Thailand as travel destinations, whereas, according to the European retreat leaders I interviewed, more European retreat centers have emerged in the last couple of years and there is an increasing demand for local retreats that can be reached not only by air, but also by other means of transportation such as train or cars shared between several retreat participants. From a US perspective, while Bali has also been a popular destination, retreats in Latin America are much more common due to the proximity relative to Asian countries. Costa Rica is nowadays one of the first and most established retreat destinations, with other countries such as Mexico and Brazil rapidly catching up.

A country that has gained a lot of popularity in recent years is Peru. Since the 1990’s, the number of tourists visiting Peru has increased from below 0.5 million to 4.4 million in 2019. According to data published by the World Travel & Tourism Council, the contribution of tourism to Peru’s 2019 GDP was 9.3%, and 7.5% of all Peruvian jobs were in the travel and tourism industry. Especially in Cusco, the closest city to the World Heritage site Machu Picchu, tourism is critical for the economy and has helped alleviating poverty significantly.

Cusco and Peru’s Sacred Valley having become a hub for sustainable yoga retreat centers, I focused part of my research on their sustainability practices. One example is Willka T’ika, founded in 1995 as one of the pioneers in the region with a mission towards sustainability, community and Quechua heritage protection. In addition to using solar panels for energy generation, its buildings are constructed from local adobe material which is energy efficient to reduce the need for heating and cooling. 80% of the ingredients used to prepare the vegetarian meals are organically grown in its own gardens (whereas the rest is sourced from local farmers), and all employees are Quechua from the neighboring community, most of whom have been with the retreat center for two decades. They also teach sustainable farming and irrigation practices to local communities, which has proven to be particularly important during the pandemic, since it increased food security and resilience among the local population. Currently, Willka T’ika is implementing a “zero emissions” program which provides an opportunity for guests to offset all carbon emissions from running the retreat center and transportation within Peru.

There are many examples around the globe that show how tourism can greatly benefit nature and wildlife (a sample is described in a blog post by Sustainable Travel International). This does of course still not deal with the carbon footprint from fuel-based travel, particularly air travel. But as one yoga teacher put it: “Everything is a sacrifice. You always have to give something up to get something. What we need to do is start thinking more thoroughly about what kind of travel is worth leaving such a large carbon footprint and what’s not.”

Covid-19 may have been a trigger for many to reconsider which flights and what travel activity is worth exposing oneself to the risk of infection. If we also started weighing our personal desire to consume against the effects thereof on the planet (do we really need to fly from London to New York for a weekend shopping trip, considering that the amount of CO2 generated per passenger exceeds the annual carbon footprint of an average person in 56 countries?), chose the places where we stay when travelling more wisely, and returned home not with a suitcase full of new consumer goods, but rather with new ideas and inspiration about leading a more responsible, purposeful and meaningful life as described by the Yamas, this could go a long way. 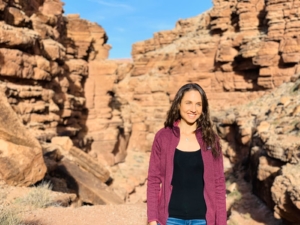 Marie-Cristine is currently pursuing an MBA and MS in Environment & Resources at Stanford Graduate School of Business / School of Earth and Environment. Originally a lawyer from Switzerland, she embarked on a journey of continued education and personal growth, striving to work towards sustainable development goals. She loves being active, especially outdoors, colorful food (such as fruits, veggies and ice cream) has found yoga practice as a way to balance herself. 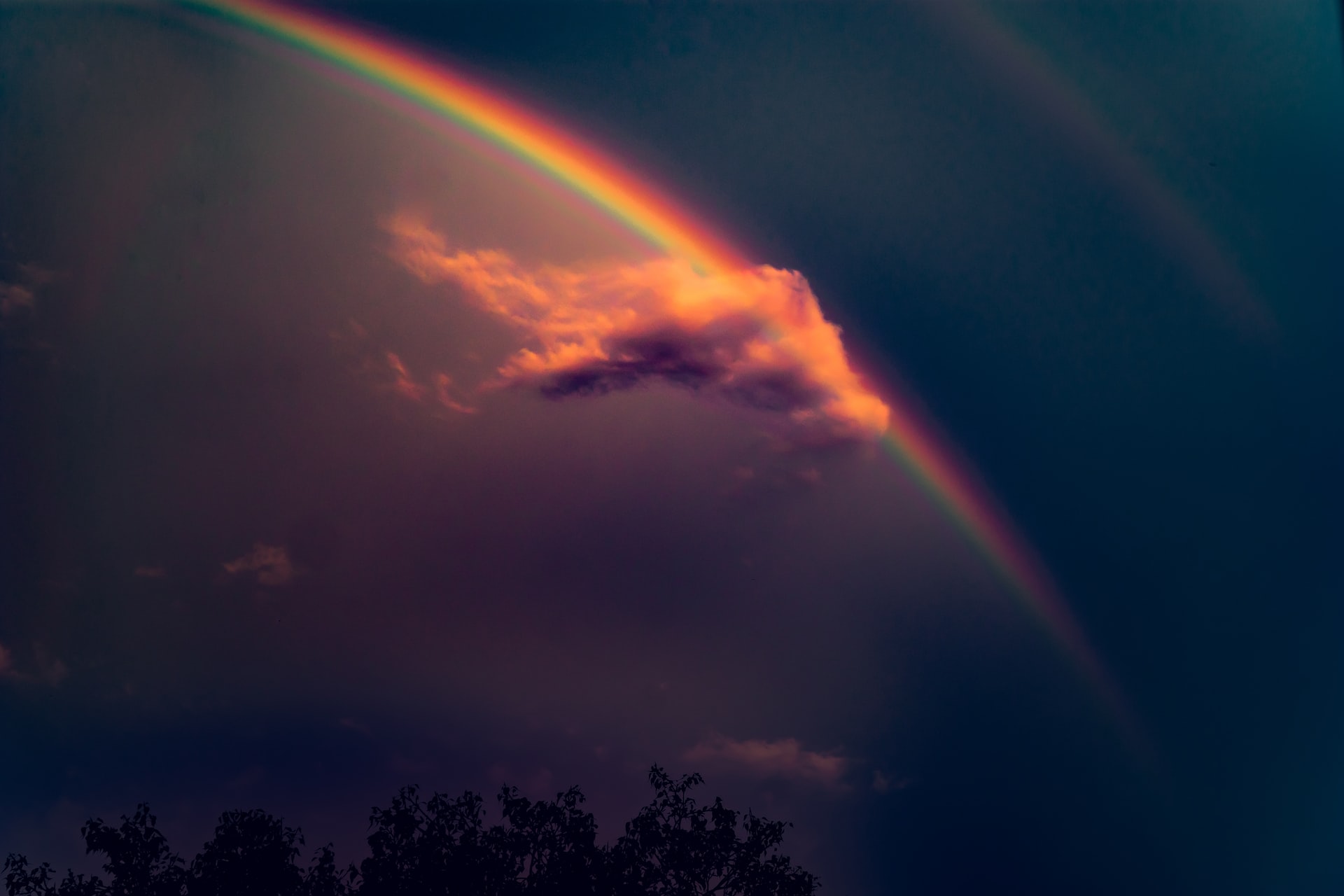 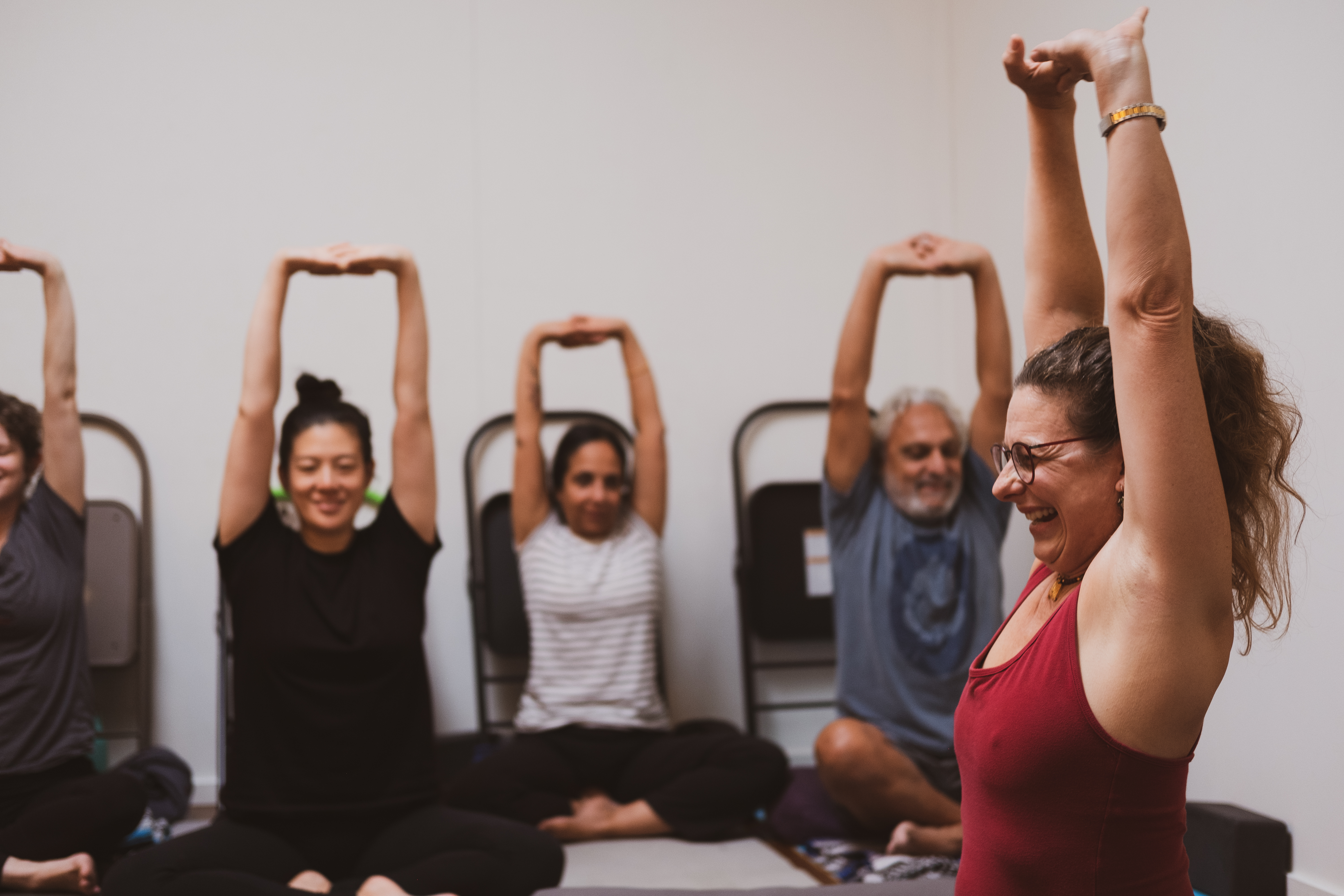 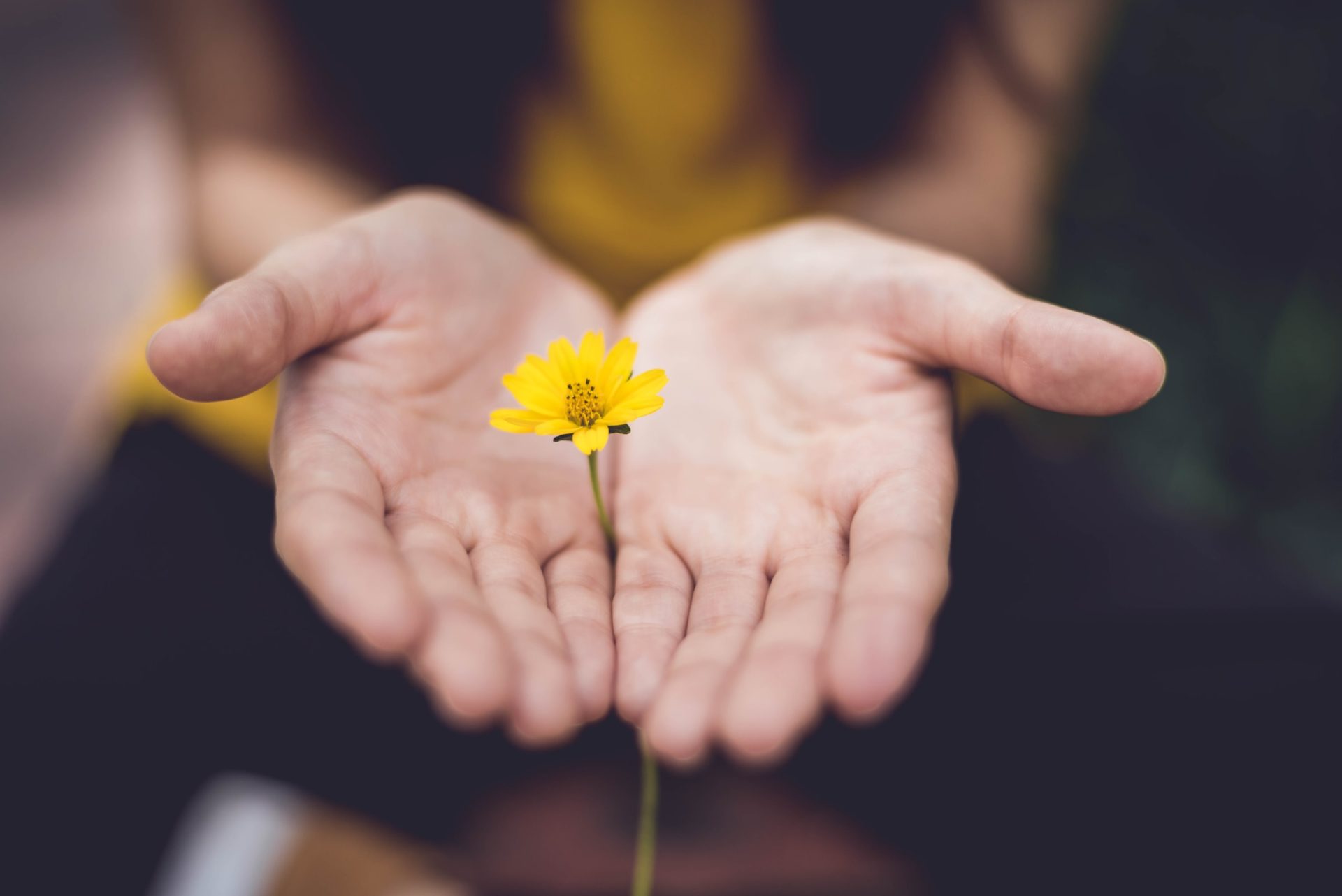